Felix hasn’t had a whole lot to do these days on GENERAL HOSPITAL, but portrayer Marc Anthony Samuel thinks he knows just how to change that when he played casting agent and suggested Yvette Nicole Brown play his cousin on the soap!

Brown sparked the idea when she tweeted about her appearance on the second season premiere of THE GONG SHOW, joking that she was completing her “week and a half tour of every ABC game show.” Samuel responded to that by suggesting: “I want you to repeat your daytime tour and play a family member of mine on GH. Felix needs a visit from his cousin!”

Brown quickly declared: “I’d love that!” Following that back and forth, Samuel looped in GH executive producer Frank Valentini in the Twitter thread. “My friend Yvette Nicole Brown is a dynamic human being, fantastic actress, and would be an awesome relative to visit Felix at work,” he suggested. “Just putting it out there, Frank!” 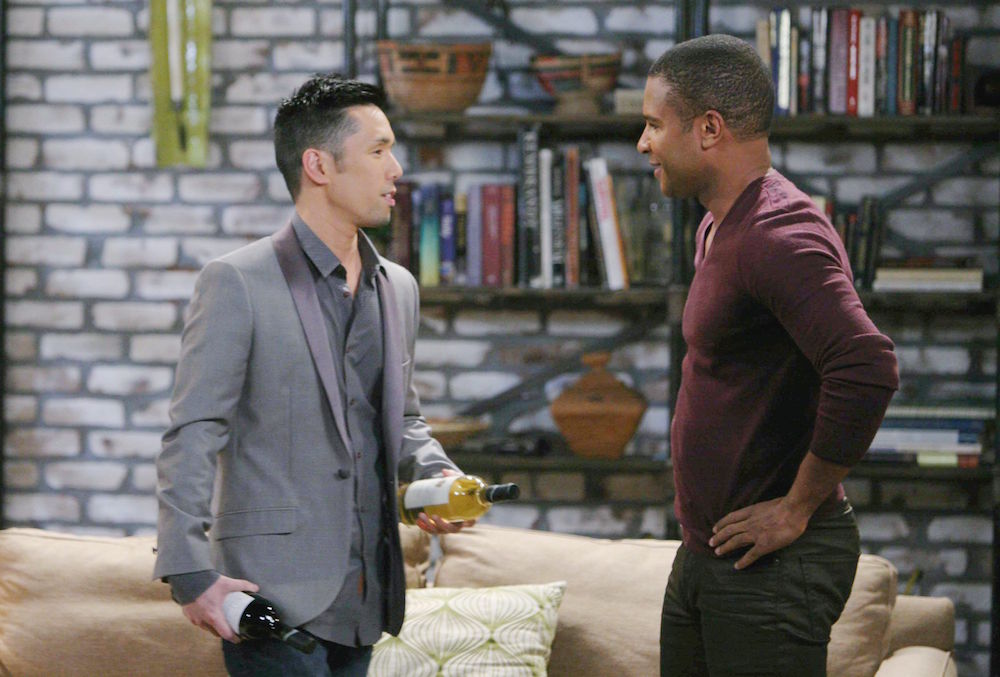 Felix didn’t get the guy, so at least give the guy some family! (Photo Credit: Howard Wise/jpistudios.com)

Best known for playing Shirley on the NBC sitcom COMMUNITY, Brown has also appeared in series like MOM, THE MAYOR, and THE ODD COUPLE. She’s also done a ton of voice work for cartoons like DC Super Hero Girls, Elena of Avalor, and Lego Star Wars. Among all the film and television work she’s done, the one thing missing from her resume is a soap opera. So why not GH?

While this is all just wishful thinking on the part of Samuel, perhaps Valentini will be inspired by Brown’s enthusiasm and offer her a guest spot? Hey, it’s a soap — you never know what might happen! For more GH news, keep reading the ABC edition of Soaps In Depth magazine!