Actor John O’Hurley may be best known to television viewers as Elaine’s boss, J. Peterman, on the classic sitcom SEINFELD, but fans might not realize that like many other performers, he got his start in daytime television! “Soap operas for me were some of the funniest and most endearing moments I spent on television,” he told Soaps In Depth. “I literally cut my eye teeth on television because I started on THE EDGE OF NIGHT. It was one of the most famous soaps at the time, back in like 1983. It was the first soap I did.” 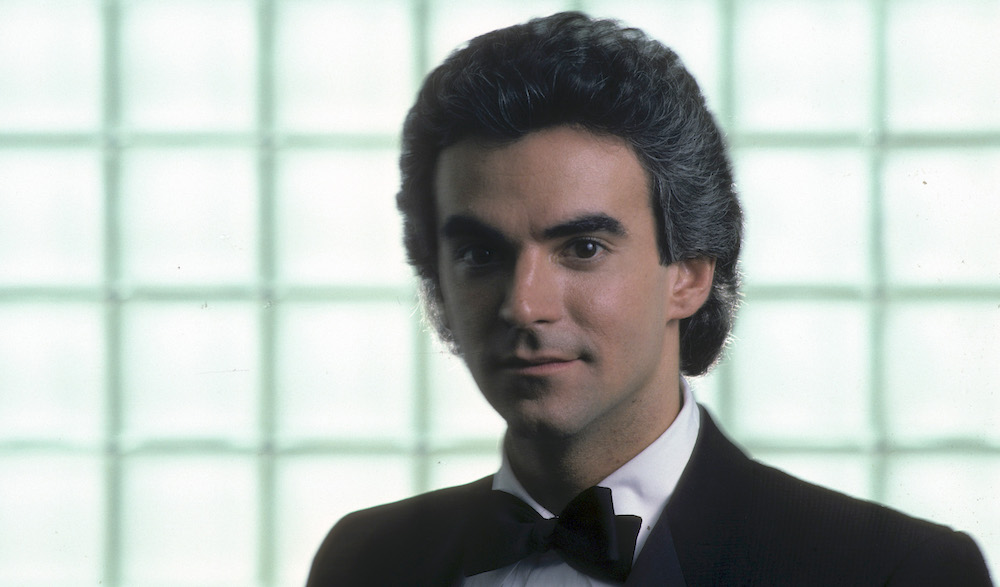 O’Hurley in a promotional photo for LOVING in 1984. (Photo Credit: ABC Photo Archives/ABC via Getty Images)

In addition to playing Greg Shaeffer on EDGE OF NIGHT, O’Hurley also played Douglas Prescott on AS THE WORLD TURNS, Greg Bennett on GENERAL HOSPITAL, Keith Lane on LOVING, and Stephen Slade on SANTA BARBARA. And even after moving to primetime and appearing in countless different series, he returned to daytime in 2011 for a stint as Kit Sterling on ALL MY CHILDREN.

But it was one line of dialogue he had to deliver on EDGE OF NIGHT that will remain burned into his memory for all time. “I had to say on that show the worst line I have ever had to say in my history of entertainment,” O’Hurley confessed. “I had a Joan Collins-type of character, who was my boss, and she was having an affair with me. I was her boy toy.

“I don’t remember the specifics of the scene,” he continued, “I only remember she said something like, ‘You Will do it and you will like it,’ and this is how I responded ‘How dare you cut off my ears and pin them to your door like some victorious bullfighter?’ Then I would slam the door and walk out. I said, ‘Do I have to say that?’ There were microphones [on the set] and then you hear the disembodied voice in the control room say: ‘as written, please.’ That still stands today as the stupidest line I’ve ever said on television!”

Well, everyone’s gotta start someplace! For more news about your favorite daytime actors — past and present — keep reading Soaps In Depth magazine! And keep scrolling down to see some vintage photos of O’Hurley from his time on the ABC soap LOVING!

The Biggest Casting Surprises of 2017

Steve Burton Back on GH as the One, True Jason Morgan