After winning a half million dollars on the CBS reality series BIG BROTHER, Josh Martinez doesn’t really need to go looking for work right now, but it looks like some work found him! He will be the latest BIG BROTHER contestant to guest star on THE BOLD & THE BEAUTIFUL when he appears in the Tuesday, Oct. 24, episode of the soap! “Surprise!” Martinez tweeted. “I’ll be serving up meatballs on B&B!” At this point, though, there’s no details from the show as to what his role might be, so for all we know, he could actually be playing a waiter at an Italian restaurant!

Miami resident Martinez competed on the 19th season of BIG BROTHER this summer and although in the first episodes became convinced that everyone was out to get him, ultimately earned enough votes from the evicted houseguests on the jury to earn the $500,000 grand prize. And he’s not the only contestant from this season to appear on B&B — In September, CBS announced that Jessica Graf would be appearing as a waitress at the beginning of October. Sister soap THE YOUNG & THE RESTLESS also played host to a former BIG BROTHER contestant with Jessie Godderz making an appearance as a bouncer in August. 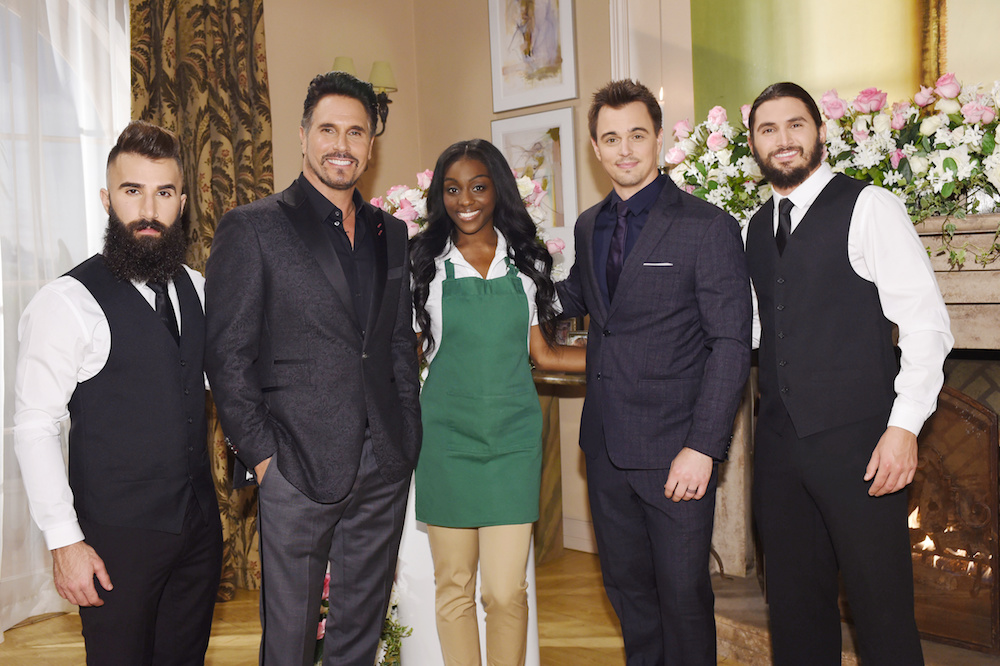 Last year, season 18 houseguests Paul Abrahamian (who returned to play again in season 19 and again came runner-up when Martinez won), Da’Vonne Rogers, and Victor Arroyo guest-starred on B&B as cater-waiters at Bill and Brooke’s wedding in September. But the soap has played host to other contestants from BIG BROTHER and SURVIVOR as well as other special guests throughout its history on the air.

Check out some of the celebrity guest stars who have appeared on B&B in the flashback gallery below and see how many you remember!