Fans of DAYS OF OUR LIVES were upset when it was announced back in March that Arianne Zucker (Nicole) was leaving the soap when her contract expires, but happy when the actress extended her contract slightly to allow them to wrap up Nicole’s storyline without having to rush her exit. Unfortunately, even that extended time is about to come to an end and we hear that her final air date will be on Friday, Oct. 20. 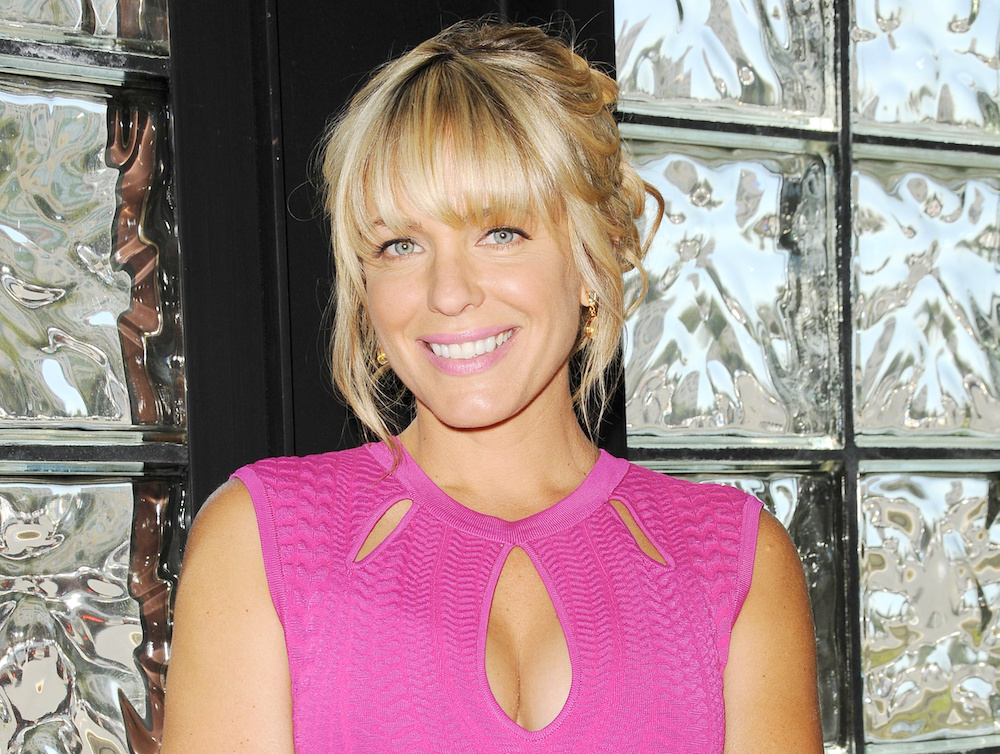 As the actress wrapped up her 18-year stint on DAYS, she shared a video she made of her final week at the studio with her castmates and friends in the crew. “My last week of work was so much fun!” Zucker posted to her blog. “I put together a silly little video. Here’s to all of you who have been supporting my character for so many years. See ya on the big screen (fingers crossed)!”

Zucker also shared a photo from her very last day on the set. “Aloha!” she Tweeted of the cute pic of her with Alison Sweeney (Sami), Chandler Massey (Will), and Galen Gering (Rafe). “Last day at work! Making it colorful!”

Previously, Zucker took to her blog to thank the DAYS fans for their dedication and support. “‘You are never too old to dream’ seems to be my motto lately,” she wrote. “I will be taping my last few episodes at DAYS next week and then my adventure really begins. I am excited to see what kind of light shines my way. I am a big believer in ‘what you give out you will receive back.’

“So as my daughter and I say to each other,” she concluded, “‘I love you all the way to the moon, around Pluto, back zipping past the sun, all the way around the earth twice and shooting right back to your heart.’ Thank you for your love and support, always. Cheers to the future!”

Zucker joined DAYS in 1998 and briefly left the role in 2006, but returned in 2008 and has continued to play the popular character since then, earning two Daytime Emmy nominations in the Supporting Actress category in 2010 and 2013, and a Lead Actress nod in 2014. Outside of daytime, Zucker appeared in a Lifetime movie last year titled Killer Assistant.

On DAYS, it seemed like Nicole might be shipped off to prison, but she got off with a relative slap on the wrist for kidnapping Holly and was overjoyed when Chloe made the heartbreaking decision to return the infant to her rightful birth mother. But as Nicole has attempted to put her life back together she then found herself torn between Eric and Brady, the two men in her life. Stay tuned as Zucker’s final storyline plays out and the reason for Nicole’s exit is finally revealed!

Since her introduction, Nicole has always been in search of true love and a family, and although she started out as a gold-digging schemer, over time she has grown out of those ways… to an extent! Relive some of Nicole’s most memorable moments in Salem in our special flashback gallery below!