Susan Lucci clearly misses her former castmates on ALL MY CHILDREN!

The actress opened up about how difficult it was to say goodbye to the cast during a recent appearance at the AOL Build interview series. 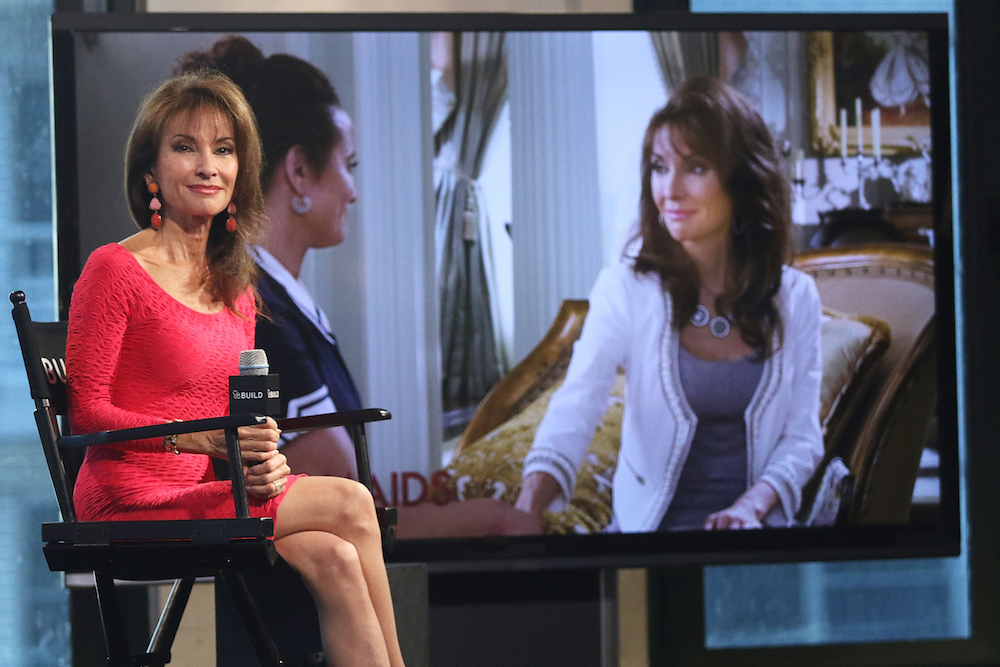 In 2011, ABC announced that it was canceling AMC after 41 years on the air, and the news hit the cast and crew like a ton of bricks. “We really all were blindsided,” Lucci confesses. “We didn’t expect it. And it was like the loss of a loved one.”

Revealing that the swirl of emotions that went through her were like the stages of grief, going from disbelief to sadness to anger, the actress says that the hardest part was leaving her friends in the crew, with whom she had worked every day.

“Experiences like that, over the course of time, really, you’re very close to them,” Lucci says of her AMC co-workers. “It was really a second family. So you lose the people, you lose a family.”

However, she admits that playing Genevieve on Lifetime’s DEVIOUS MAIDS has introduced her to a new family that has helped her to heal. “You know what else helped a lot with the loss?” Lucci adds. “People stop me and tell me how much they love Erica and what an influence she had on their lives. Those things are very gratifying.”

Take a stroll down memory lane with some classic photos from AMC in our special photo gallery, and for more on your favorite stars, keep reading the ABC edition of Soaps In Depth magazine.