Congratulations to Renée Elise Goldsberry (Evangeline, ONE LIFE TO LIVE), who took home the Tony Award for Best Featured Actress in a Musical for her performance in the Broadway smash hit, Hamilton! 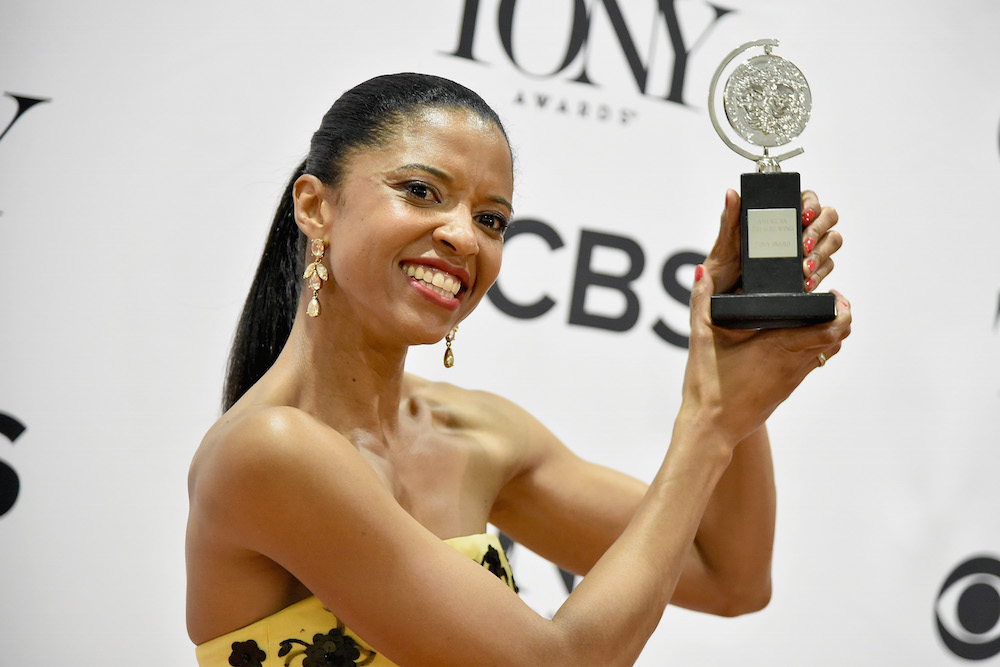 Daytime fans already knew how talented Goldsberry is, though the didn’t take home the gold the two times she was nominated for a Daytime Emmy for her work on OLTL. But now, with her role in Hamilton, the whole world can see how amazing she is. And her friends from Llanview couldn’t be more excited for her triumph.

“Congratulations to my dear friend,” wrote Kassie DePaiva (Blair) on Twitter. “I am so proud of her, she is so deserving.”

“So proud and happy and just pumped for my friend Renée!” tweeted David Fumero (Cristian). “So well deserved!”

And his wife, Melissa Fumero (Adriana) even took a picture of Goldsberry accepting her Tony on her TV to go along with her praise!

Tears of pure joy and pride for one of the best people I know!! pic.twitter.com/JdGwnhclBJ

Since the Tonys didn’t air live on the West Coast, Robin Strasser (Dorian) already knew that her former castmate had won, but she confessed on Twitter, “… still cried with joy at her gracious and emotional acceptance speech!”

Browse the gallery below to see what the daytime alumni wore on the Tonys red carpet, including Goldsberry’s multiple ensembles! And for more on your favorite stars, keep reading the ABC edition of Soaps In Depth magazine!