Well, it looks like Kimberly McCullough is returning to GENERAL HOSPITAL again for another visit as Robin Scorpio Drake! The actress is clearly at the soap’s studio because she shared a photo of Nancy Lee Grahn (Alexis) and her daughter, Kate, on their phones in one of the dressing rooms!

It’s the perfect time for another visit from Robin because the annual Nurses Ball gala is coming up in May. Since GH would be filming those episodes now, it makes sense for McCullough to be in the studio! The last time Robin came home to Port Charles was to visit her mother, Anna, and attend Nathan’s funeral back in February. Before that, she paid a visit to Jason in December of 2017 after he returned from the dead. Hopefully, Robin’s Nurses Ball visit goes better than last year’s where she got herself kidnapped by Olivia Jerome! On the plus side, she also revealed to Anna that she was pregnant, since the soap chose wrote in McCullough’s real-life pregnancy. Might she have big news to share this time around? 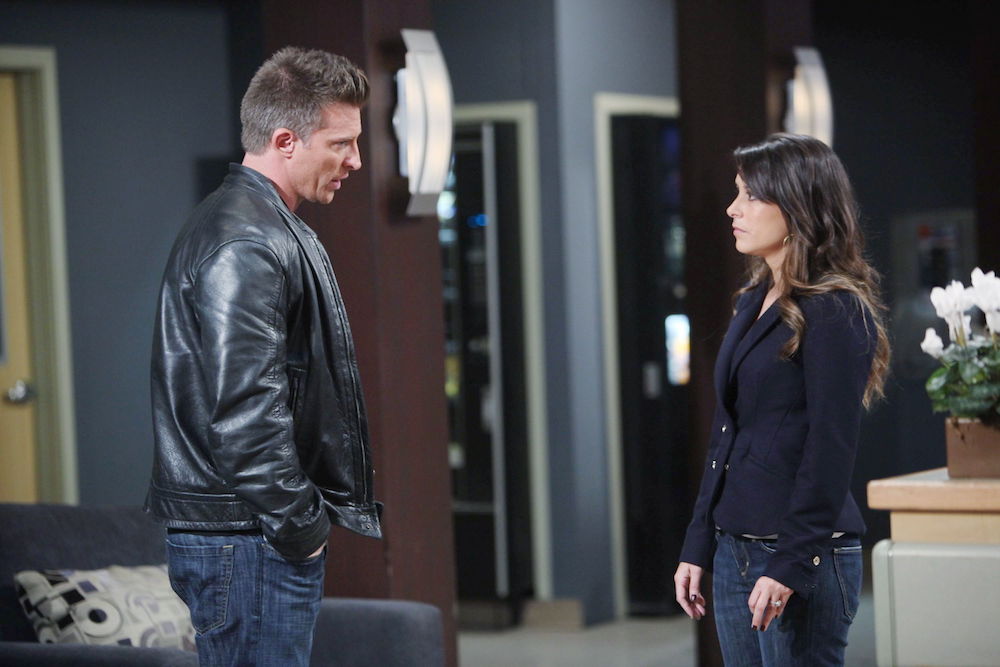 Fans loved Jason and Robin’s relationship, so they couldn’t wait to see them together on screen again after so many years! (Photo Credit: Howard wise/jpistudios.com)

Since 2014, McCullough has been returning to GH for appearances of varying lengths depending on the storyline and her schedule. In the past, she told Soaps In Depth that “it’s always great” to go back. “It feels like a nice little visit,” she confided. “I get excited, like I’m going on vacation sort of — a working vacation!”

In addition to her acting, McCullough has also stepped behind the camera, directing episodes of PRETTY LITTLE LIARS as well as her own project, HEY DAY, and more recently, the online series YOUTH & CONSEQUENCES and episodes of ONE DAY AT A TIME. McCullough admitted that when she returns to GH, she likes to make a point of hanging out behind the scenes as well. “I always try to pop into the booth with the director, assistant director, lighting coordinator and producers,” she reports. “That’s where I got the bug to be a director, so I usually grab one of the free chairs and sit for a while.”

Don’t miss McCullough’s return to Port Charles, and while you’re waiting, relive Robin’s history in the special gallery below!

Kimberly McCullough Reveals How She Was Almost Fired From GH