Emme Rylan (Lulu, GENERAL HOSPITAL) announced her pregnancy in the cutest way, and couldn’t resist finding an equally adorable way to reveal that she’s having a baby girl!

The actress shared a photo of her family with Santa Claus and everybody looking shocked reacting to the sign she’s holding that reads: “It’s a girl!”

Just days before, Rylan teased fans on Instagram with the upcoming reveal, asking them to guess whether she was going to have a boy or a girl this time around. She even offered a random fan who guessed correctly a gift from her etsy shop!

When she originally announced that she was pregnant with her third child by fiancé Don Money, Rylan also shared a video of the moment she shared the blessed news with her two sons, Jackson, 7, and Levi, 5. In addition to their general freaking out and Levi’s realization, “That’s why you had a big belly!” the two boys expressed their fervent desire to have a baby sister.

Well, it looks as if their Christmas wish came true! 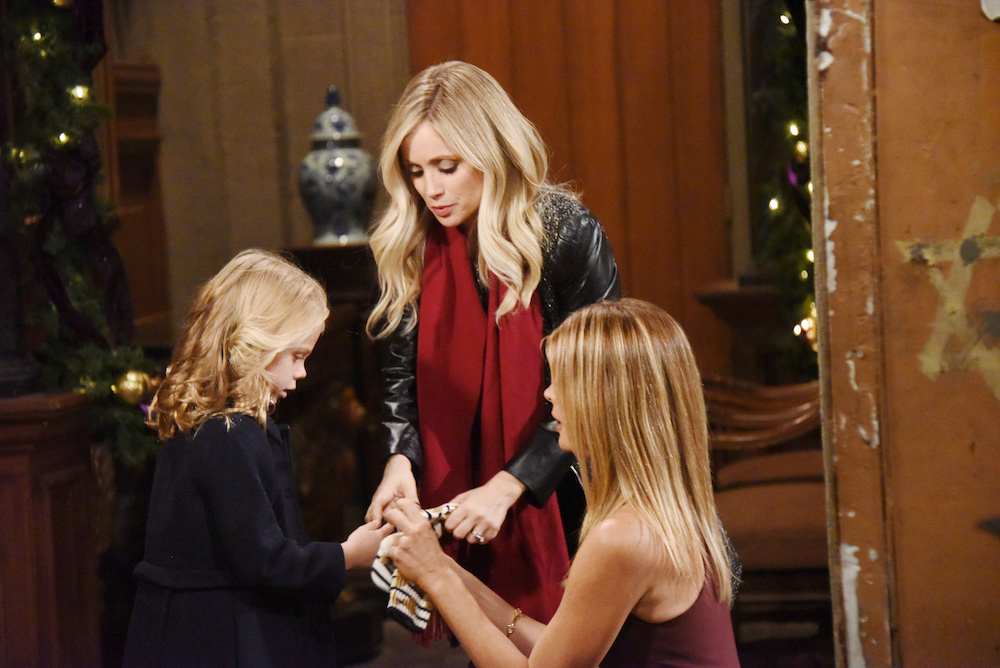 Unfortunately for GH fans who were hoping Rylan’s pregnancy would be written in to the soap as a miracle baby for Lulu, that seems unlikely with the character’s current custody fight over newly-discovered daughter, Charlotte. Instead, expect to see Lulu wearing heavy coats, carrying large bags, and standing behind things for the next few months!

Take a look at some of Lulu and Dante’s most romantic moments in our special flashback gallery below! (That also includes pics of the previous Lulu, Julie Marie Berman!)