Moves are being made on GENERAL HOSPITAL that may lead to a lifetime of regret!

Elizabeth is desperate to figure out what’s wrong with her son, but with Jason and Franco butting heads over helping Jake, she finds herself caught between a rock and a hard place. Where can she turn for help? After Julian seemed perfectly content to let her rot in jail, Ava isn’t exactly in a mood to help him escape prison himself, so he’s got his work cut out for him trying to convince his sister otherwise! And Sam worries about exactly what’s going on between her mother and Julian. How will Alexis explain? 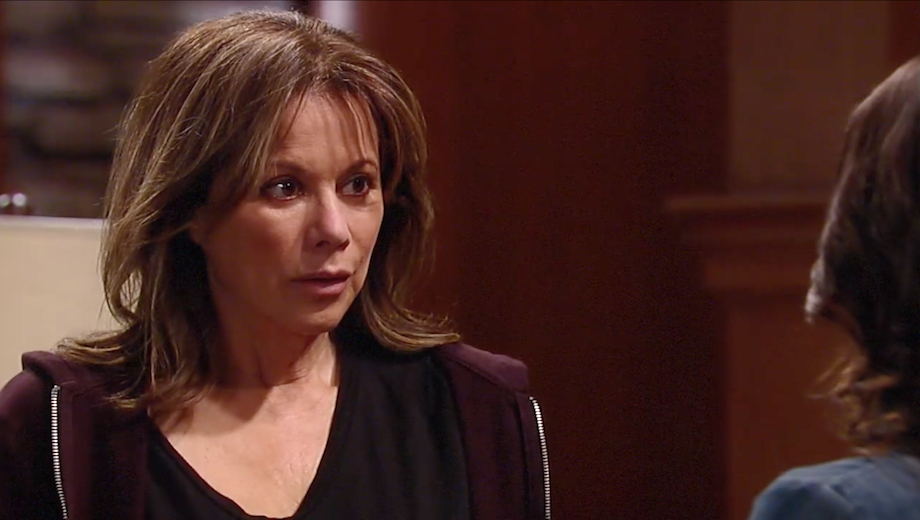 Carly was happy when the charges against Jax were dropped and he was released from police custody, but now that they’re back home, she’s horrified to discover that she may lose him all over again! Just what has Sonny set in motion, and can Carly ever forgive him for interfering in her life? This could set off a whole new round of fireworks between the volatile Sonny and Carly!

Check out these spoilers from today’s can’t-miss episode in the gallery below, and for more GH previews, keep reading the ABC edition of Soaps In Depth magazine!

MUST SEE: Carolyn Hennesy Is Hosting the Daytime Emmys Red Carpet Show! — Find Out How You Can Watch!