Things are starting to get out of control on GENERAL HOSPITAL!

Nina’s suspicion of her husband leads her to take a drastic step to keep an eye on Valentin, and it’s one she may live to regret! Valentin isn’t the only one confused by Anna’s recent behavior; Griffin is concerned enough to bring his fears to Andre that something could be seriously wrong with the agent. But will any of them discover the truth before it’s too late? Over at the Floating Rib, Ava can’t help herself from butting into her daughter’s life, even if Kiki desperately wishes she wouldn’t! 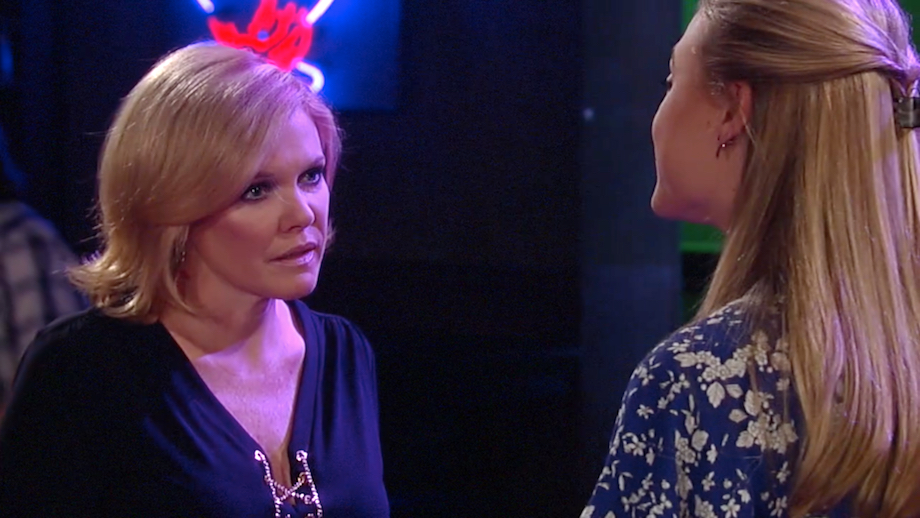 MUST SEE: Emma and Robin are Coming Home to GH Again!

At the hospital, Bobbie has something to tell Sonny, but can she bring herself to speak the words? He certainly wishes she’d just spit it out! And over at the Quartermaine mansion, Michael tries to talk some sense into his mother, but Carly isn’t having it. She’s furious at Sonny, and isn’t going to rest until she’s had her revenge!

Check out these spoilers for today’s dramatic episode in the gallery below, and for more GH previews, keep reading the ABC edition of Soaps In Depth magazine!