Fans of GENERAL HOSPITAL have been missing Robert Palmer Watkins as Dillon Quartermaine on the soap, but they will soon get to see a whole new side to the actor in his new movie, Last Three Days! The actor will be starring as Jack Cluff, a cop who wakes up to discover his partner is gone, his wife had vanished, and he has no memories of the last three days of his life! 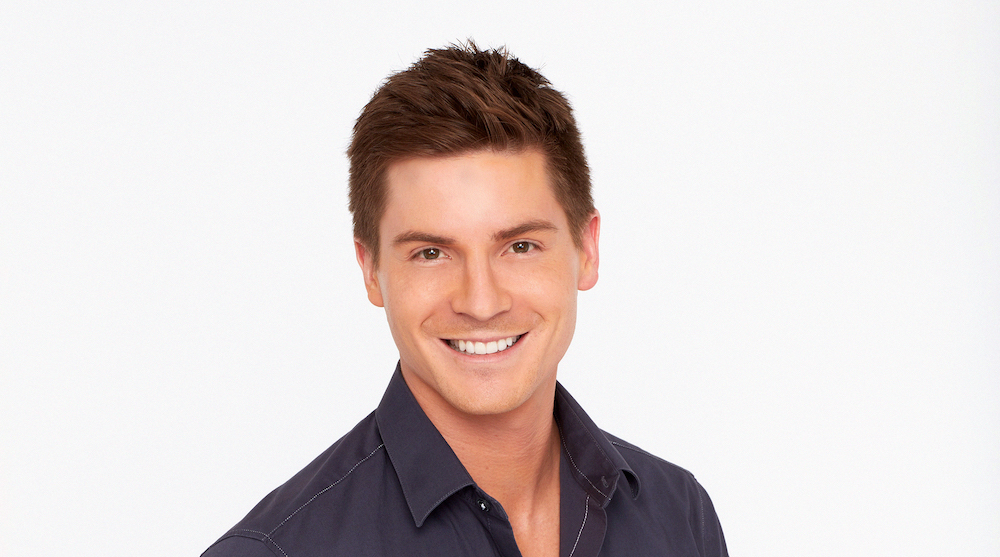 Watkins is absolutely thrilled to be playing an action hero, which is a far cry from the slightly awkward, occasionally nerdy Dillon Quartermaine on GH. “I get to do my own stunts, shoot guns, and do hand-to-hand combat,” the actor told Tell-Tale TV. “It’s just a really different type of role for me. I’m really excited to use some of my physical strengths as well. I’m really into working out and fitness and stuff, and this is a pretty physically demanding role.”

Heck, the actor even shared a photo of himself with Jim Grimwade at the shooting range learning how to fire a couple of Remingtons! Safety first, guys!

Watkins was excited about the film from the first time he picked up the script. “I couldn’t lay it down,” he confessed. “It’s really well-written. It’s got everything you would want a fun action movie to have, but there’s also romance. It’s about the choices that you make in everyday life that lead to your end result, and if you could go back and change some of your choices, what would happen differently? It’s kind of got a little bit of a Memento/Butterfly Effect feel to it, but it’s really cool the way it’s done.”

Last Three Days is the brainchild of writer/director Brian Ulrich, and is currently expected to release sometime this summer. And while the full trailer is still on its way, you can check out this awesome (if brief) teaser for the action pic!

IT IS HERE…a lot of you have been asking when my movie @lastthreedays is coming out! This summer baby! More details to come! THE OFFICIAL TEASER TRAILER dropped today! Full length trailer will be here soon. Enjoy #lastthreedaysmovie

While you’re waiting to see Watkins in his new movie, you can scroll down to see him in “action” in our special gallery below of some of his sexiest selfies!

What Happened to Maxie on GH?