Congratulations to GENERAL HOSPITAL star Laura Wright (Carly), who recently announced that she has a new beau, former GUIDING LIGHT castmate Wes Ramsey (Sam)! “Hey hey so this is Wes Ramsey,” the actress shared on Instagram with a sweet photo of the two of them sitting together on the beach. She also used the hashtags “lifeisbeautiful,” “newbeginnings,” “crazy,” “grateful,” and “happyme.”

The GH star married her husband, John, back on October 7, 1995, and they have two children together, Lauren and John. But in April of 2016, Wright announced that she and John had been separated for over a year and were making their divorce official.

Ramsey will be familiar to Wright’s fans who watched her on GL during her 1997-2005 stint. He played Sam Spencer, younger brother of Crystal Chappell’s Olivia. He joined the CBS sudser in 2000 and stayed until 2002, after which he made brief appearances in 2003, 2004, and 2008 when sister Olivia needed her little bro. 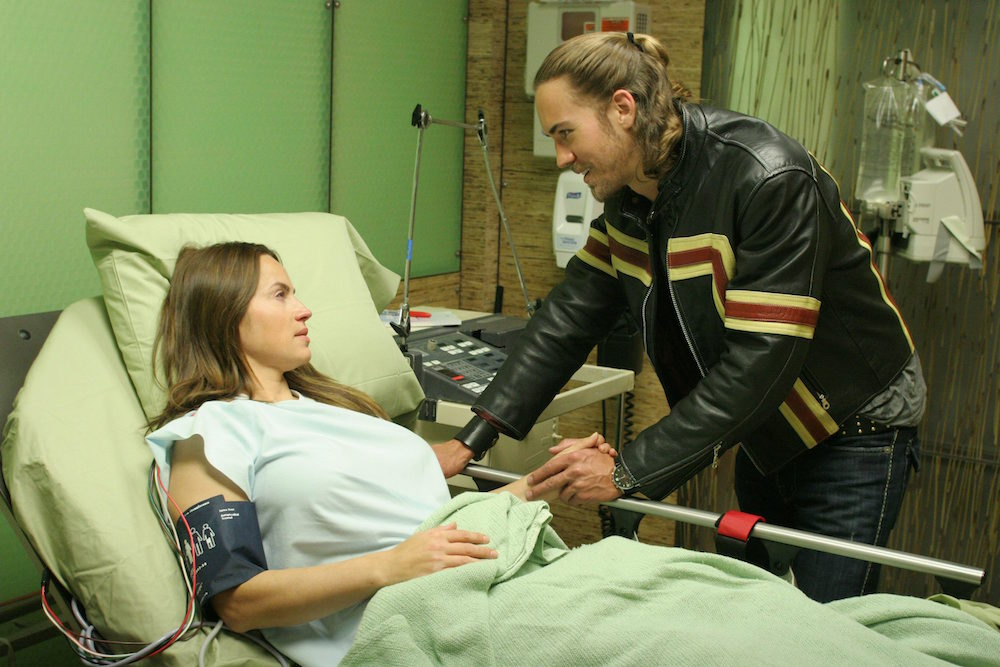 MUST SEE: Laura Wright Speaks Out About Recasting Bryan Craig as GH’s Morgan!

After GL, Ramsey has appeared as Owen on DAYS OF OUR LIVES and Van on VENICE: THE SERIES. He has guest-starred on primetime series like HEROES, HOUSE M.D., GREY’S ANATOMY, and CASTLE. He also had recurring roles as Wyatt on CHARMED and Dave Benton on CSI: MIAMI.

We wish Wright and Ramsey all the happiness in the world!

See more of Wright’s fun selfies — this time with her GH castmates — in our special gallery below!