Congratulations to GENERAL HOSPITAL alum Kodi Kitchen (ex-Maggie) and her husband, Hollywood producer Jon Berg, who welcomed a baby girl into the world on June 6! “Welcome to the world, Lola Charlotte Berg,” the actress posted with a montage of family photos with the precious newborn. “You are a true warrior. After 44 hours of labor, we couldn’t be happier to have you in the world. Outlaw in spirit, not in name.”

Welcome to the word Lola Charlotte Berg. You are a true warrior, after 44 hours of labor we couldn't be happier to have you in the world. Outlaw in spirit, not in name. @larrybirdsmustache

MUST SEE: Lulu Isn’t Pregnant on GH, But Portrayer Emme Rylan is Expecting Her Third Child!

From when she and her hubby announced they were expecting back in December to all throughout the pregnancy, the couple has jokingly referred to their bundle of joy as “Rope Cash Outlaw Berg.” But Lola is a much prettier name!

A few days before Lola’s birth, Kitchen was hanging out in a pool in a unicorn float still waiting for her baby to get its act into gear. “Today is the due date for Rope Lola,” she shared. “Instead of entering the world, he/she decided unicorn riding was a better idea.”

GH fans will remember Kitchen as Dr. Maggie Wurth, an ex of Steve’s who came to Port Charles in 2011. But when the truth came out that Maggie and Steve had been involved in a suspicious death at the hospital where they worked together in Nashville, Steve was arrested. His mother, Heather, forced Maggie to write a confession to the murder to get Steve released from prison, and then killed the poor woman, trying to make it look like a suicide! 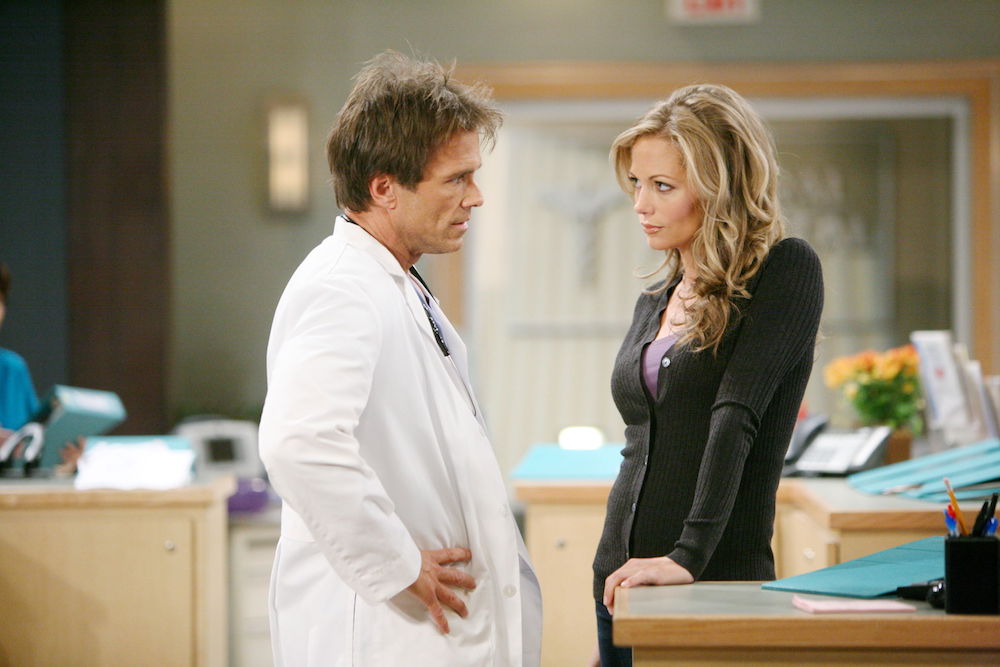 Thankfully, Kitchen’s real life has gone much smoother than that, with a handsome and successful husband who loves her dearly, and now a beautiful little daughter to bring even more love into the family!

Kitchen took a bunch of fun photos of her growing baby bump during her pregnancy, and you can see them all in the special gallery below, including the one on the unicorn pool float! (Though the one where she painted a face on her belly is probably the cutest one!)