Fans of GENERAL HOSPITAL actor Jon Lindstrom can get a double dose of his talent because in addition to appearing as Kevin on the soap, he’s doing a little moonlighting in primetime! Back in October, the actor played a role on NCIS: LOS ANGELES where he met a tragic end, so hopefully he’ll do better when he guest stars on an upcoming episode of S.W.A.T. airing Thursday, Jan. 11! “Honestly, one of my favorite experiences on any shoot was this one,” Lindstrom confided on Instagram of his most recent primetime role. 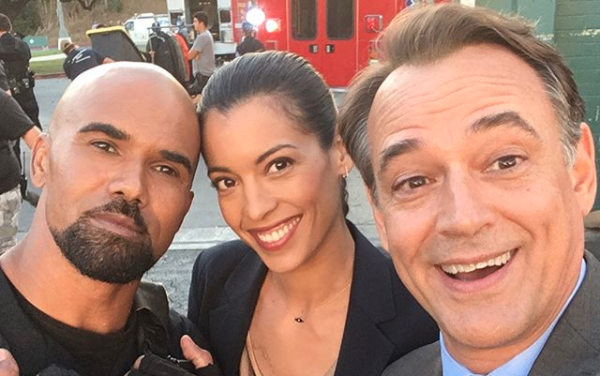 CBS’s new primetime action hit is a reboot of the ‘70s hit and stars THE YOUNG & THE RESTLESS alum Shemar Moore (ex-Malcolm) as Daniel “Hondo” Harrelson, part of an elite S.W.A.T team in Los Angeles. As he did during his appearance on NCIS: LA, Lindstrom shared a behind the scenes peek at his time on S.W.A.T. with some backstage selfies from the set, his dressing room, and with his co-stars!

S.W.A.T. premiered on CBS on Nov. 2, and airs on Thursdays at 10 p.m. ET. This episode, titled “Seizure,” centers around the SWAT team’s efforts to rescue civilian hostages from the inmates staging a dangerous prison riot, and Lindstrom is listed in the credits as playing the role of Ashe. And judging from his nice suit and tie in the photo with the series stars, we’re going to go out on a limb here and guess that he’s not playing one of the prisoners!

While you wait to see Lindstrom in primetime, check out the actor’s fun backstage pics from the set below!