New mom Amber Tamblyn (ex-Emily, GENERAL HOSPITAL) will be making her off-Broadway debut opposite Tony Winner Frank Wood in the new play Can You Forgive Her? starting in May. “Sometimes you read a play by one of your favorite contemporary playwrights at one of your favorite theaters in New York City that’s so mind-blowingly good you have to say yes, even though you just had a baby,” she shared. “I am thrilled to be a part of this spectacular play.” 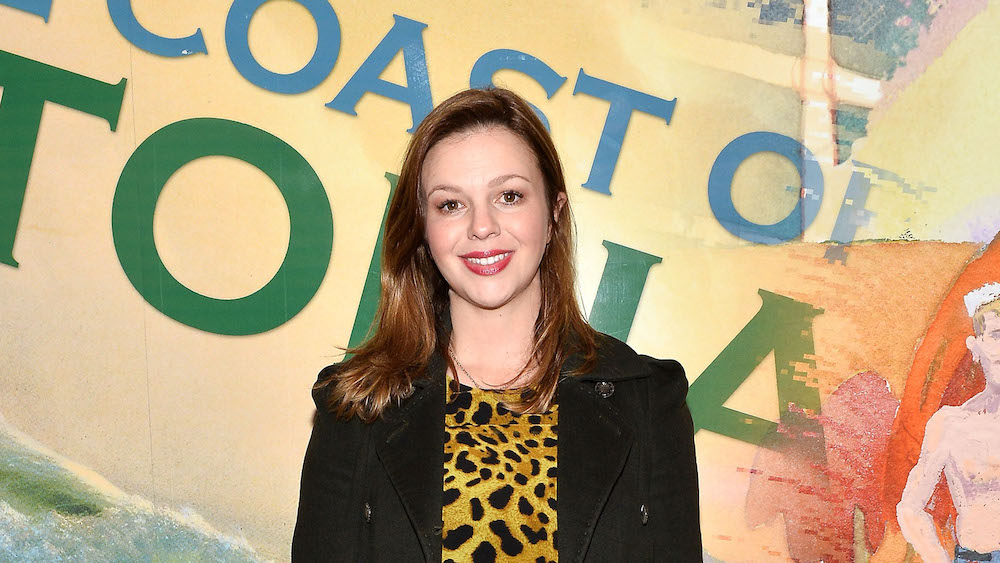 MUST SEE: Everything You Need to Know About the 2017 Daytime Emmys!

The comedy, written by Gina Gionfriddo and directed by Peter DuBois, takes place on Halloween night. Tamblyn’s character, Miranda, is drowning in debt and falling for the man who pays her bills (Wood), and on the run from a date who threatened to kill her! When Graham and his fiancée Tanya offer Miranda a safe haven, is it a treat or a trick?

Tamblyn is still beloved by GH fans for her run as Emily Quartermaine, and well-known for playing the title role in primetime’s JOAN OF ARCADIA. On the big screen, the actress could be seen in The Sisterhood of the Traveling Pants, The Ring, and 127 Hours. Her stage history includes Neil LaBute’s Reasons to Be Pretty at the Geffen Playhouse.

In her personal life, Tamblyn and husband David Cross welcomed their baby girl, Marlow Alice, back in February, but she simply couldn’t turn down this gig. “It’s one of the best plays I’ve ever read,” she tweeted.

In addition to her other many talents, Tamblyn is also an author and has two new books coming out with Harper Perennial, one novel and one collection of poetry and prose.

Can You Forgive Her begins previews at the Vineyard Theater in New York City on Thursday, May 4, and opens on Tuesday, May 23. The limited engagement is scheduled to run until Sunday, June 11. For more information and to purchase tickets for the show, click here.

Flash back to Tamblyn’s years on GH when viewers watched her grow up from a little girl to a young woman in our special gallery below!