It was a very special reunion of ALL MY CHILDREN cast members on Hallmark Channel’s HOME AND FAMILY! 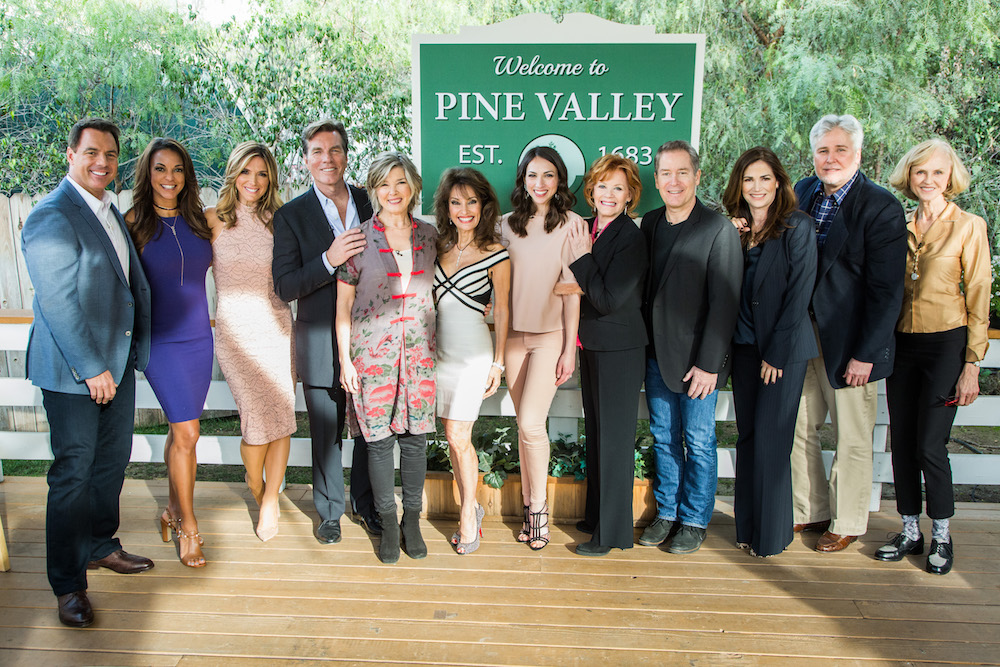 Susan Lucci (Erica) was co-hosting with Mark Steines and Debbie Matenopoulos all week, and on Thursday’s episode, the entire show reunited some of Pine Valley’s most beloved residents to reminisce about their time on the iconic soap.

The show was full of tons of clips of some of AMC‘s most memorable moments, like Edmund and Maria’s wedding, Jenny’s death by jet ski, and Bianca’s coming out. There was also a tribute to the late Agnes Nixon, who created AMC and all of its iconic characters, which you can watch here.

Following the segment on Nixon was a special In Memorium montage featuring the stars who are sadly no longer with us like David Canary (Adam/Stuart), Larkin Malloy (Travis), and James Mitchell (Palmer). But grab your tissues, as the video will leave you in tears as it did the actors when they watched it themselves.

Check out some photos from the reunion episode in the gallery below, including some personal pics snapped by the actors who were so excited to see their old friends again!

For more on what your favorite AMC stars are up to now, keep reading the ABC edition of Soaps In Depth magazine